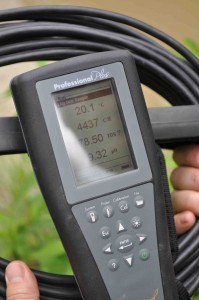 On Monday, the U.S. District Court rejected the EPA’s guidance on surface mining in Appalachia, first released as an interim guidance in 2010 and then as a final guidance in 2011. Over the last few years, the EPA has released a series of guidance documents to ensure proper Clean Water Act permitting of surface mines in Appalachia. These included the enhanced coordination procedures between the EPA and the Army Corps, and guidance on conductivity levels in streams below surface mines. Based on scientific evidence, including two studies conducted by the EPA (“The Effects of Mountaintop Mines and Valley Fills on Aquatic Ecosystems of the Central Appalachian Coalfields” and “A Field-Based Aquatic Life Benchmark for Conductivity in Central Appalachian Streams,”) the EPA concluded that surface mines that maintain stream conductivity below 300 μS/cm will generally maintain acceptable water quality standards, while conductivity above 500 μS/cm will not likely be protective of aquatic life, and therefore not meet narrative water quality standards.

In the first part of this case, the District Court rejected the enhanced coordination procedures between the EPA and the Army Corps in October 2011. Just this week, the court also rejected the conductivity guidance. The ruling on the conductivity guidance is based on EPA procedure, rather than authority or scientific conclusion. Because the EPA issued a guidance, rather than a formal rule, the court objected to the procedure used to implement the guidance. Permitting standards implemented under rule-making, while more robust, are cumbersome and time consuming to complete. Appalachian Voices stresses that this ruling does not prevent the Obama Administration from denying valley fill permits that violate the Clean Water Act.

Conductivity is an excellent indication of the presence of possible dissolved pollutants in streams and rivers, including heavy metals and salts. Most hand-held instruments that measure total dissolved solids (TDS) are actually measuring the electrical conductivity of the water sample, which indicates a combination of the type and amount of dissolved substances in the water. The Appalachian Water Watch program measures conductivity around coal-impacted watersheds as a first step to identify problem areas. More in-depth laboratory testing is needed to identify specific heavy metals and other dissolved substances in a water sample. Aquatic life is often most impacted by the presence of multiple pollutants. The presence of many types of pollutants (both metals and salts) will elevate the conductivity of the waterway, making conductivity measurement a reliable indicator of impaired waterways in Central Appalachia.

The work done by Appalachian Water Watch volunteers helps demonstrate why the conductivity guidance is necessary to protect the rivers and streams of Central Appalachia. Most conductivity values measured by volunteers fall well above the EPA suggested limit of 500 μS/cm. Appalachian Water Watch volunteer and Kentuckians for the Commonwealth member Teri Blanton spoke with Jeff Biggers in his article on the recent ruling, stating that she measured conductivity values below valley fills near her home at 2000 μS/cm. Unfortunately this is not an uncommon finding in Central Appalachia. Thanks to our volunteers like Teri, we can continue to promote discussion about water quality issues in the region, and share data that supports the need for adequate permitting protections under the Clean Water Act.

This entry was posted in News and tagged Conductivity, EPA, Mountaintop Removal. Bookmark the permalink.